The statement from YCCC about a 'small minority of people' seems a bit out of step with what I know. Maybe I speak to the wrong people.
N

I think I've seen that statement, or one very like it before. It's very well crafted and aimed to put anybody who doesn't back it in the wrong.

We know we have the next few months to get through with a probably return to very hurtful headlines of what has happened in the past, but this is likely to be amplified by the current mismanagement and what is being done at present.

We are going to get both barrels from different directions, I fear.

Where we end up financially after all this is a deep concern. LP may have had a plan to bring in outside investment to rid himself of the debt to Colin Graves, but that seems unlikely now.
N 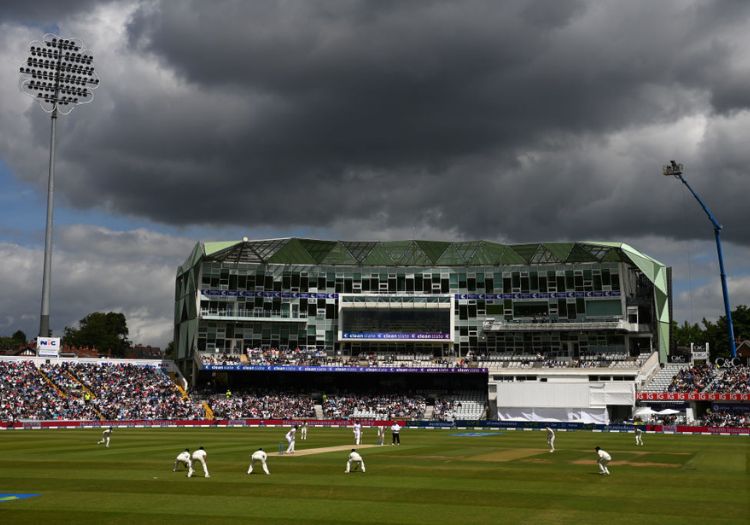 Interesting final paragraph showing that the ECB is prepared to kick other matters as far into the long grass as they can.

I long ago learned not to take anything in the Daily Wail - front or back pages - with a large pinch of salt.
They are just s**t-stirrers and if they can't find anything to stir then the make something look like s**t and stir that.

"The important members group is also understood to be unhappy about the club's intention to plead guilty to ECB charges relating to accusations of racism. In several cases, the charges correspond to the periods during which they were in office.

The ECB does not have jurisdiction over former administrators - a significant weakness in the governance of the sport - but Patel was appointed with the consent of the ECB to improve the culture of the club, and it was the actions he took which persuaded them to allow them to host international cricket again."

This is in part the crew that put us into the awful state we wound ourselves 18 months or so ago.
I suspect they would like to put the clock back, slip back into place, get rid of all this current nonsense and hep presto all will be golden again.

The current crew have tried to put something in place to keep the club going ... and they have done. sort of, with a lot of grave reservations they have done what they were asked to do. I don't think they are any better than what was there before ... in many ways they are worse. I still have in the forefront of my mind the fact that it is a procedural matter that has cost all the cash. We are never going to see the truth of the Rafiq claims tested in court. Those responsible for governing cricket - the E*C*B*s - will see to that.
Last edited: Oct 12, 2022
K

Donnylad said:
I long ago learned not to take anything in the Daily Wail - front or back pages - with a large pinch of salt.

They are just s**t-stirrers and if they can't find anything to stir then the make something look like s**t and stir that.
Click to expand...

I know I shouldn't really, but your posts make me laugh and in a nice way

Staff member
Indeed the Mail and Telegraph are not my kind of newspapers but they seem to be prepared to put an alternative possibility in the Rafiq case (along of course now with the YP) and stand up for the right to reply.
Yes I too can't see the ECB and the current hierarchy at YCCC allowing an alternative dialogue to be aired and admitting mistakes over this. The are too far down the line for that. Of course the NDAs are very much part of that.

I think it is enforceable but only if it written correctly and that is not always easy to do. It's not a crime to 'break' an NDA so any recourse would normally be a civil matter through the courts. This could be either imposed damages or or full refund of the original payment.

Obviously if the money's been spent this could create difficulty for that heartless YCCC and more poor publicity for them.
I'm not authorised to give legal advice but it doesn't stop me spouting from the bar. Cheers

And what about unjust sackings? Are they merely a civil matter, or is there a criminal element in something that is akin to stealing? And defamation of character?

Staff member
Wayne Morton, the former long-serving Yorkshire physio, has yet to reach agreement with YCCC nor therefore sign an NDA. Perhaps he is concerned about the reputation of his business which was employed by the club. There is the possibility of him taking a case to the High Court.

The recent approach by the ECB to Rafiq, Gale, Brooks and the two women players, seems to have been more sensible.....accepting that the 'accused' were careless/daft/ignorant/clueless/lacking sense/unaware of acceptable norms of language and behaviour, rather than nastily deliberately racist....will that attitude continue with the 'defendants' in November? Or of course will Rafiq and his backers cause complications by insisting the matter is held in public...............which is an odd one to me
K

DaveMorton said:
And what about unjust sackings? Are they merely a civil matter, or is there a criminal element in something that is akin to stealing? And defamation of character?
Click to expand...

I think the actions of Lord Patel were criminal but not in a legal sense. Unfortunately for Lord P, he will be remembered for many things and perhaps as much for his (spiteful) actions in unfairly sacking all those individuals. Sadly, none of those individuals (who have received 'compensation') would normally have any further redress as the 'procedural' wrongdoing has been settled through civil channels.

That does not help anyone whose reputation and professional standing have been blighted. In the case of Wayne Morton, the position is currently less clear, sacked with the others, in his case I understand after 38 years with YCCC. It's difficult to know what to believe but I understand part of his High Court action relates to his assertion of 'fabricated evidence'. If true, this could be defamation, a civil matter. We'll have to wait and see.

The only winners are the lawyers. Everyone else is a loser, all the individuals and YCCC to the tune of £millions. And Lord P's reputation too.

Staff member
Also just read that Dobell, I think it is he, has just written that Rafiq and family are intending to quit the UK because of 'threats'. This may be true or could be part of the narrative, a deliberate attempt to influence public opinion as we lead up to November......
Of course we understand that Gale and family felt they had to leave their house for a period for their own 'safety'.
What a situation....
N

Hawke said:
Also just read that Dobell, I think it is he, has just written that Rafiq and family are intending to quit the UK because of 'threats'. This may be true or could be part of the narrative, a deliberate attempt to influence public opinion as we lead up to November......
Of course we understand that Gale and family felt they had to leave their house for a period for their own 'safety'.
What a situation....
Click to expand...

Dobell is on a bit of a crusade to change cricket and make it more inclusive and he has taken on Rafiq as a vehicle to achieve his goal. Whether his noble aim justifies the collateral damage he is inflicting, on Yorkshire especially, is for people to judge.

I'd say this was a piece of manipulative journalism designed to influence the DCMS and others. I'm not sure how many other people would be reading this unless it was taken up by the wider press. How much truth there is in it is also for people to judge for themselves.
K

While attending a game at Weetwood, much earlier in the season I was speaking to someone from Barnsley who admittedly is not a fan of
Mr. Rafiq. He said that Mr. Rafiq. had opened a fish and chip shop (Mother Hubbard's?) and that someone had gone into the shop on a Friday night looking for Mr. Rafiq. The inference was that he didn't just want to chat with him but wanted something stronger than words.

The same gentleman intimated that Mr. Rafiq owed money in relation to cricket related coaching that he had been contracted to carry out but did not and it was wrong that he was getting away with it.

This is obviously hearsay. However, I recall saying to my wife nearly a year ago that regardless of the outcome of his allegations, Mr. Rafiq might have to consider moving home (as have others) I don't know the facts, but I am entitled to an opinion which is that Mr. Rafiq's latest statement reported by Dobell is just PR ie " Look at poor me, still persecuted after all I've been through"
K

The charges from YCCC do sound messy and salacious against Morten, Including: " failed to cater for the medical needs of Azeem Rafiq" and " accused the former spinner of faking injuries" Also, if I've read this correctly, of 'being instrumental in writing/releasing the letter (leading to sackings), also of promoting Richard Pyrah as chief coach (at a time when we didn't have a coach, following Gales suspension for historical tweets), accused of not reporting a member of staff for 'exposing himself' ( Morton claimed it was previously notified to Graves in writing) won't go into the rest as it reads like the Sun 'Newspaper'.

The final figure claimed is for £559,776.66 which includes a contract agreed between YCCC and Pavilion (Morton's company) I think for two years
and claim is also on behalf of others (some of whom signed the letter) but I think were employed by Pavilion
N

I usually turn to politics for light relief when the travails of Yorkshire get too much for me. I now have nowhere to turn.

Staff member
There is now a lot of stuff flying around out there. Most of the mainstream media are more concerned with publicising AR's denials and family hurt rather than investigating the validity of various accusations. A lot saying he was the victim of racism at YCCC and of course that the club has admitted this.......well..........Robin Hutton caved in and the ECB appointed LP has almost befriended him....the truth may be out there but we may never know what it is....and I fear race relations suffers...and also of course YCCC

You've touched on a truth there, Hawke. This aggressive defence and promotion of the minority groups has served to harden the attitudes of those who are less kindly disposed. I think the alarming rise of the extreme right is largely down to these people. People still trust, and vote for monstrous Tory bigots, rather than for the alternative Big Brother who is, indeed, watching us.