It is difficult to balance team responsibility against individual responsibility but I don't see it as impossible. It is individual versus collective.
If the Enemy of Cricket Board want to make players behave better, then dissent and the like should go against the player.
If they want team to observe regulations - e.g. bay dimensions etc then that must go against the club - they are the conduit.
If the ECB view this all as a club/players/captain/coach responsibility then they hit the team.

For example - batter out, knocks stumps over, mouths off at umpire or player = individual responsibility .
Gob squads, intimidatory bowling, sledging - captain's responsibility - he is the boss on the field.
Playing unregistered player etc. - club/coach responsibility.

It is noticeable that the 'same old faces' tend to appear in the list though and yes, how do some teams avoid being reported?
H

The more players who say that the Strauss report should be scrapped and Counties should decouple from the ECB the better! Maybe it is not a pipe dream and the Strauss destruction of the County Championship could be avoided. After all the Essex game showed why it’s supporters value it so highly.

For what it is worth, and it is worth something, I think Yorkshire are amongst the most sporting of teams.
N

I would hate us to become too soft centred, but I agree it's been noticeable how quick the team as a whole have been in recognising and responding to good play by the opposition.

The sooner we can change it to being magnanimous in victory though the better.

Staff member
Somerset CCC are having their say 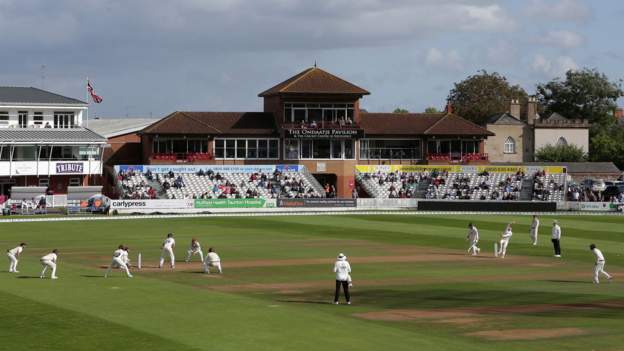 Somerset advise the ECB that the current domestic playing programme is "unacceptable".

Somerset quite rightly very miffed about only playing 4 days of first team cricket, and that with a much weakened squad, at Taunton during a 43 day period covering late July and the whole of August.

It could have been worse, if their first game on the resumption of the CC had been away and the second game had been a blank week, as happened to Gloucestershire.

I think we all know what the problem is, finding a solution is the tricky bit.

If we are stuck with the hundred, which it looks like we are, then it needs to be concentrated and squeezed into a smaller window.

The whole thing lost focus from mid-August this year anyway, with big box office stars flying off to the CPL and the Premier league and Test match cricket diverting television viewers attention. Not to mention it can get a bit nippy sitting out during a late August evening.